Wikipedia pages are a part of a company’s online presence that often flies under the radar amid the focus on Google My Business, local pack listings and social media, but it’s an area that is definitely worth exploring. While it’s not possible for all companies, there are a number of advantages to having a Wikipedia presence, and many business owners are surprised to learn that it can also be beneficial for SEO.

However, there is still a lot of confusion about how Wikipedia operates and how to go about obtaining a presence on the world’s free encyclopedia. As we’ll explore, there are several methods of obtaining a Wikipedia presence, and different levels of presence available according to the business’ notability.

Advantages of having a Wikipedia presence

While it still has its critics, Wikipedia’s reputation for credibility has improved over time as edit controls have become stricter, and vandalism of pages has (like the popularity of Bebo and Myspace) declined considerably since peaking in 2008. Aside from the company’s own website, Wikipedia is the logical place to look up information on a business or business leader, and of course information from a third-party source is more credible than from the company’s own mouth.

A business having its own Wikipedia page, or having a Wikipedia presence in any capacity, therefore confers credibility and can help to position the company as an expert in their industry. The exclusivity of having to meet notability criteria significantly enriches a company’s online presence; while anyone can have a social media presence, and get listed on Yell and Google My Business, a Wikipedia presence suggests that the company is especially important and, by association, trustworthy. In this way a strong Wikipedia presence can be invaluable for brand awareness and perception.

While a Wikipedia presence confers your company’s credibility to human users, search engines will be equally impressed by backlinks from Wikipedia. As the fifth-most visited website worldwide, Wikipedia receives an enormous amount of traffic and backlinks and this is reflected in its domain authority score of 100 (the maximum score possible). While links from Wikipedia are likely to be nofollow, they still look impressive in any backlink profile, and more importantly have the ability to drive significant amounts of qualified referral traffic to your website if you are linked from a relevant page.

Of course, given Wikipedia’s visibility and popularity there is also a fair chance that a Wikipedia page can be successful for link building purposes by assisting in a business naturally accruing links; many journalists use Wikipedia as a starting point for research on a topic and so having a presence on the encyclopedia increases the chances of a company being used as a source or reference for media coverage.

Wikipedia’s size and credibility also means that it is used by search engines to pull information on companies and people directly from Wikipedia into search results pages. Indeed, in 2017 Wikipedia claimed over 11% of all featured snippets in the U.S. – almost ten times as many as the next highest-performing site.

The information pulled from Wikipedia is displayed in knowledge panels or featured snippets and often includes key company details such as year founded, headquarters and logo, which is taken from the box of details that appears on the right-hand side of Wikipedia pages, known as an Infobox.

Search engines will also often take the first paragraph of the Wikipedia page in its entirety (as shown in the example on the right), the result of a Wikipedia page we worked on for one of our clients, Rab. Frustratingly, there’s no guarantee that Wikipedia content will be used in every case, and there can sometimes be a delay between the Wikipedia page being updated and the changes being reflected in the information being pulled through into SERPs, but it’s still a highly valuable enhanced listing.

This is great for brand awareness and conveying the importance of your company, but it also highlights the importance of ensuring that the information on Wikipedia is correct and up-to-date, something we’ll return to later.

How to have a Wikipedia presence

That’s the ‘why’ of having a Wikipedia presence covered – so what about the ‘how’?

There are several methods of creating a presence for your company on Wikipedia, with difficulty and benefits varying accordingly. This is perhaps the reason why having a Wikipedia presence flies under the radar as a digital marketing tactic – it’s hard to do well.

A quality, long-term presence on Wikipedia has to be carefully built, and can only be achieved by meeting Wikipedia’s philosophy of providing objective and useful information as part of a free encyclopedia; content that is transparently self-serving will quickly be removed, and rightly so.

Option #1: Creating a page for your business (and how to qualify for one)

Naturally, this is often the most beneficial form of Wikipedia presence for SEO, referral traffic and brand reputation. Also naturally, however, it is the most difficult method; new pages on Wikipedia must satisfy strict criteria in order to avoid being immediately deleted.

In order to prove sufficient credibility to deserve its own page, a business must have at least half a dozen independent (third-party) references that discuss the company in detail; fleeting mentions don’t count. A common misconception is that Wikipedia references have to be academic sources – in reality newspaper coverage, industry/trade website articles and magazine features are what you’re looking for. It’s also worth noting that some references can be to the company’s own website – as long as the quota of independent references is still met.

It’s well-known that Wikipedia’s tone rules outlaw overly promotional content and advertising-speak. In addition, Wikipedia’s guidelines state that ideally each sentence should be backed up by a reference, so a page containing a substantial amount of content will require a number of independent references to support it.

This means that not all businesses are eligible for their own page – but don’t worry, there are other ways to get your company on to Wikipedia…

Option #2: Creating a page for a business figure

A less common method, this way of creating a Wikipedia presence centres on a concern about ‘traffic cannibalization’ that could occur if a page was created for the business itself. The fear is that people may click through to the Wikipedia page rather than the business’ website, resulting in a loss of traffic and potentially of sales or ad revenue.

While this may be a valid concern for some businesses, in most cases searchers with buying intent will still go to the company’s website over Wikipedia.

However, the criteria for a page for a business owner is arguably harder to satisfy, as the quota of half-a-dozen independent references are more likely to be achievable for businesses that have been around for years than individual people unless they are extremely notable. Nonetheless, this can be a good method of securing backlinks, referral traffic and brand awareness benefits without risking traffic cannibalization.

As we established earlier, in the case of a business already having a presence on Wikipedia, it’s important to take ownership of this presence to ensure information pulled through to the SERPs is accurate and as useful as possible.

This is the ideal scenario as it avoids the initial task of having to prove the business’ notability and worthiness of having its own page, saving time and effort.

Existing pages are often ‘stubs’, (very short pages with little information) especially in the cases of small or mid-range businesses – and thus have lots of room for improvement. However, even if the page is already well-developed, it’s worth regularly monitoring edits to ensure no outdated or inaccurate information is on the page.

Option #4: Add as a reference

Perhaps the least rewarding but the quickest method of obtaining a Wikipedia presence, adding a link to your business’ website as a reference can still drive significant referral traffic depending on the page (for example if it is a well-visited industry topic) and help position the company as an expert in their field. This is also a good way to obtain a presence on Wikipedia if your company is not notable enough to qualify for its own page.

The easiest way to identify areas of a page requiring references is by looking for sentences appended with a ‘citation needed’ tag or an existing reference that is accompanied by a ‘dead link’ tag, as adding references there is most likely to be seen to be adding value to the page and may therefore be subject to less scrutiny.

As is no doubt clear by now, obtaining a Wikipedia presence is a complex process, but a very rewarding one. There are lots of hoops to jump through, so it’s advisable to seek guidance from someone experienced with Wikipedia’s editorial policies and the process of creating and editing pages, and who has built up a substantial enough number of edits to have earned a reputation as a trustworthy editor.

All too often when Wikipedia is used by a company for SEO purposes it is done clumsily, shoehorning in ad-speak and backlinks without taking into account Wikipedia’s overall aims. This is why such attempts are doomed and are often quickly reverted – sometimes resulting in the humiliation of a company having its page deleted, a public record that it is not as notable as it thinks it is. This can therefore have the exact opposite result for brand awareness than what was set out to achieve.

Fortunately there is a happy middle ground for companies that use Wikipedia sensibly and thoroughly whereby Wikipedia’s vast knowledge bank is expanded and the company receives marketing and SEO benefits. 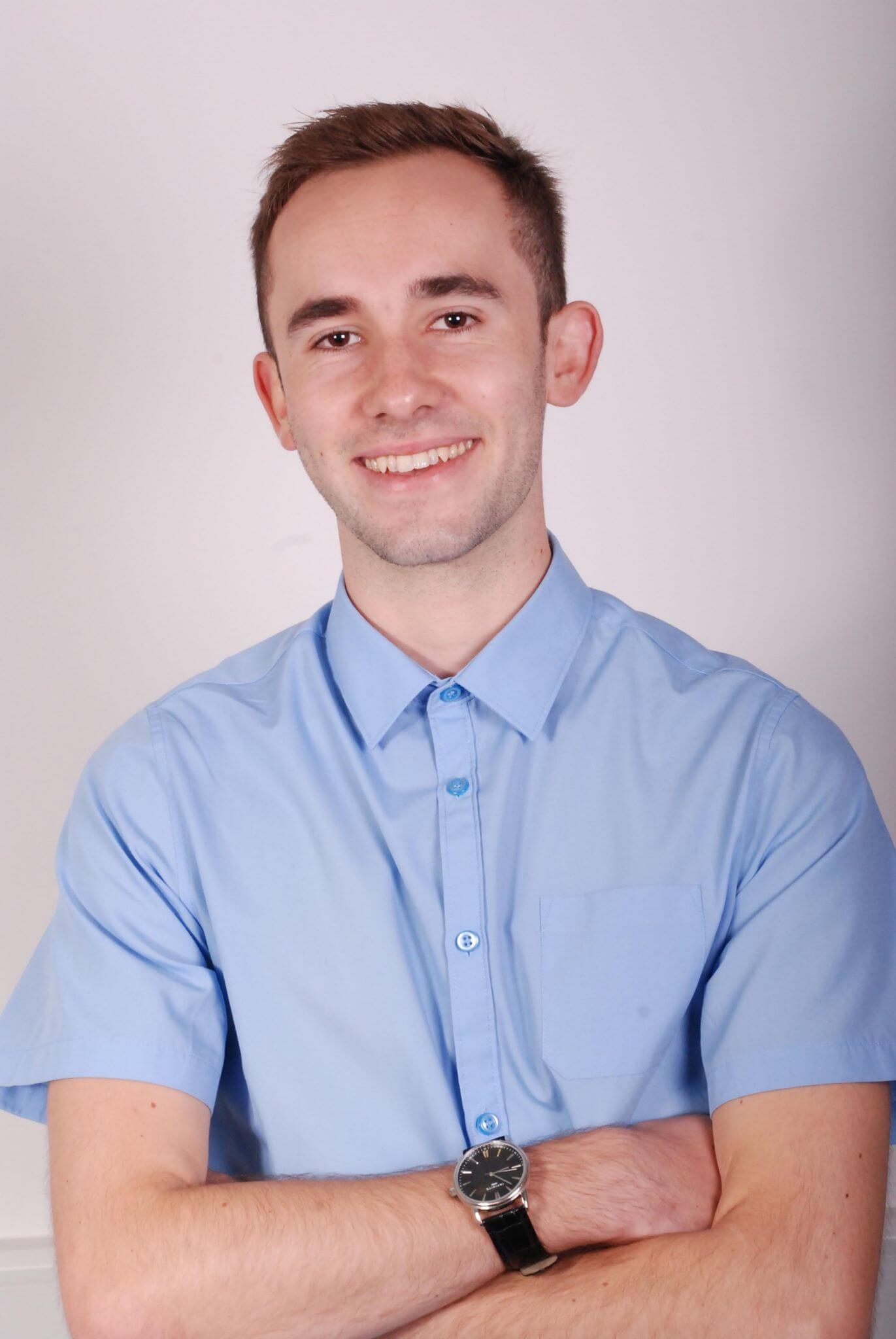 With a background in journalism, Dan specialises in the content side of SEO. For reasons unknown to anyone including himself, he has made almost 3,000 edits on Wikipedia and created 60 new pages. 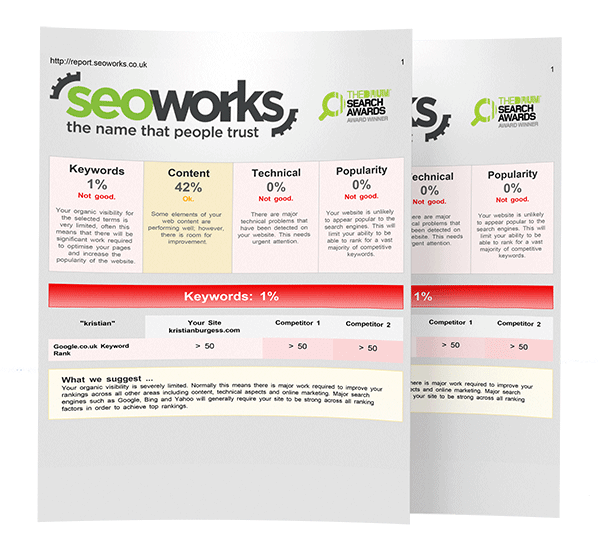